The last week of a three-week road trip around California was spent surrounded by the sunshine and beautiful beaches of Southern California. 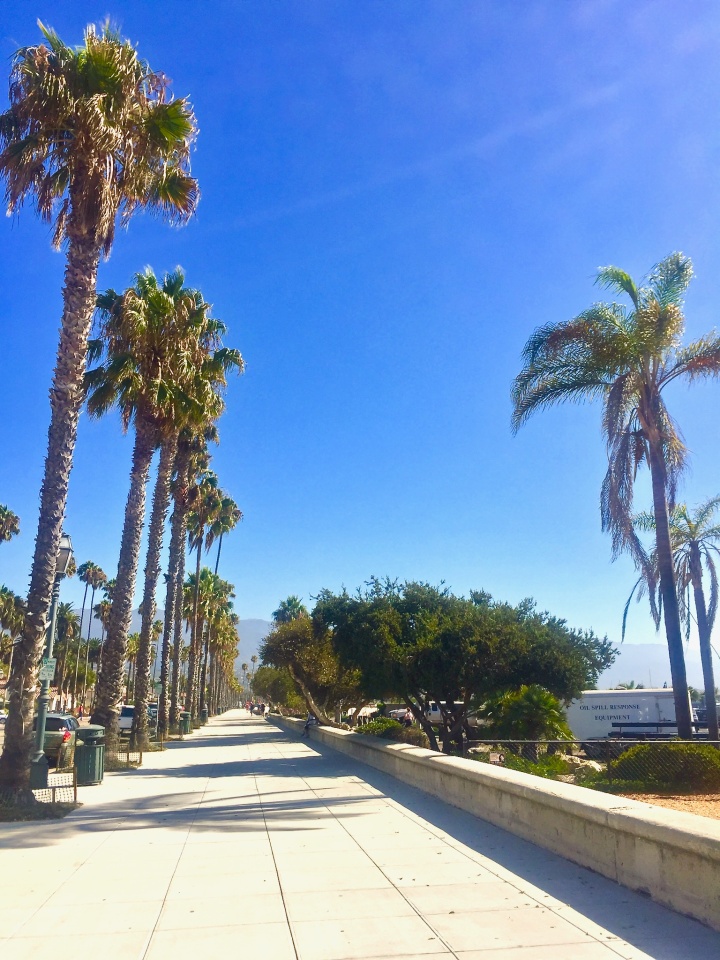 After a long day of driving along Big Sur, and not having any down time since arriving in California, Santa Barbara was very much spent relaxing and soaking up the sun. We spent the day wandering around the marina, lying on the long sandy beach and strolling the pretty streets. 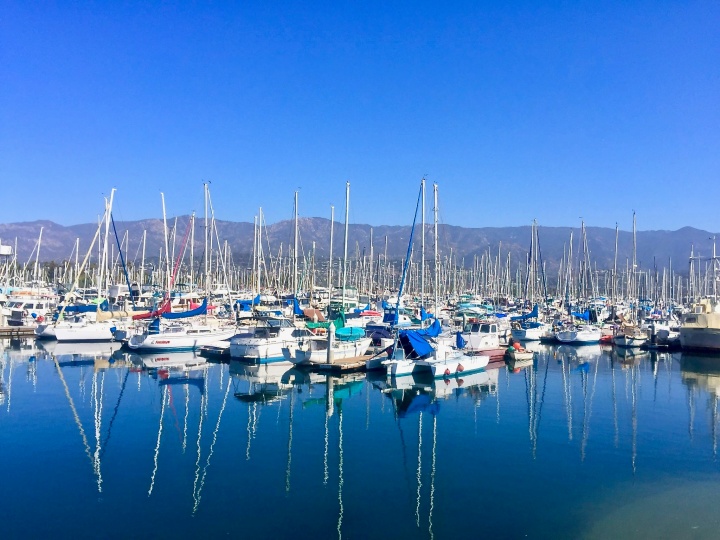 What we noticed most about Santa Barbara was how many students were on the beach, clearly spending time there in between or after classes. What a way to spend your student life! Spending your days on the beach in near-constant sunshine doesn’t quite compare to studying your degree in rainy England as I did.

Day 1: The following day we headed down to Santa Monica. We stayed at Hotel Shangri-La on Ocean Avenue, the long road which runs parallel to the beach. It was by far the best hotel that we stayed in during our time in California. The staff were so friendly and helpful both in advance and during our stay, helping us to plan restaurants and trips and leaving us champagne to celebrate our honeymoon. After checking in, we spent the rest of the day exploring the iconic pier and wandering along the burning sand of the huge beach that stretches along the coastline.

In the evening, we had pre-booked a helicopter ride around LA to coincide with the sunset, which luckily turned out to be a gorgeous one. 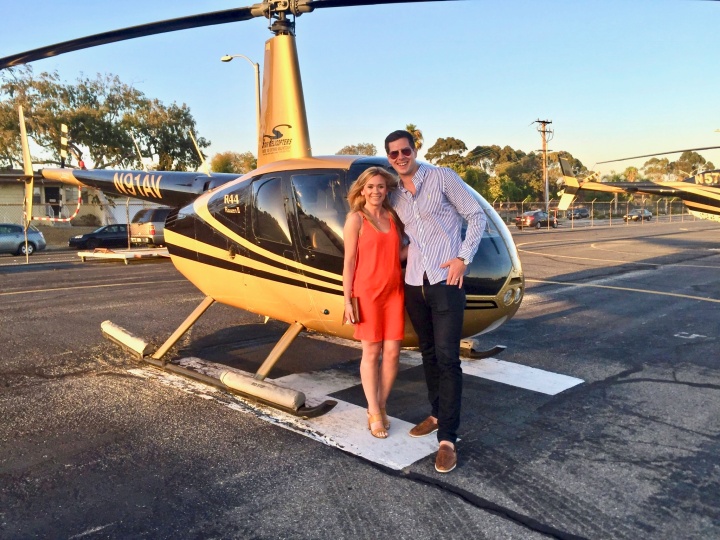 It was the first time for both of us in a helicopter and although I had been slightly anxious, it was an amazing experience that I would love to do again. We used Elite Helicopters and the pilot was great, very informative about what we could see and what he was doing. We flew over the Hollywood sign, Universal studios, the Griffith Observatory and the amazing mansions which surround it, and several of LA’s fabulous beaches.

It was a great way to see all of LA, and from a much better perspective than from the car in the middle of a huge traffic jam. Although it was expensive, we decided that it was worth it as something special to do on our honeymoon. It was the perfect way to celebrate two weeks of marriage. We finished the evening with dinner at a Santa Monica restaurant called Tar and Roses, which serves amazing American small plates.

Day 2: We spent the morning exploring the Griffith Observatory, located at the top of Griffith Park on Mount Hollywood. 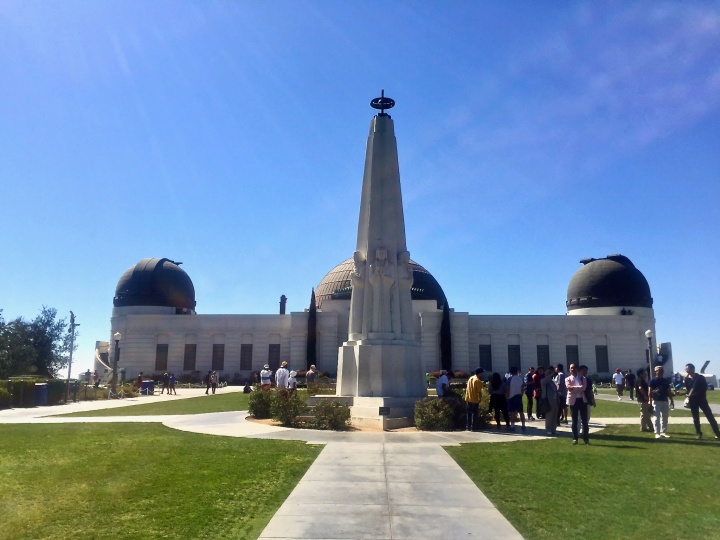 We parked for free on the road about half way up and walked the rest of the way up to the observatory. It was gorgeous day, giving us really stunning views across LA and of the Hollywood sign. 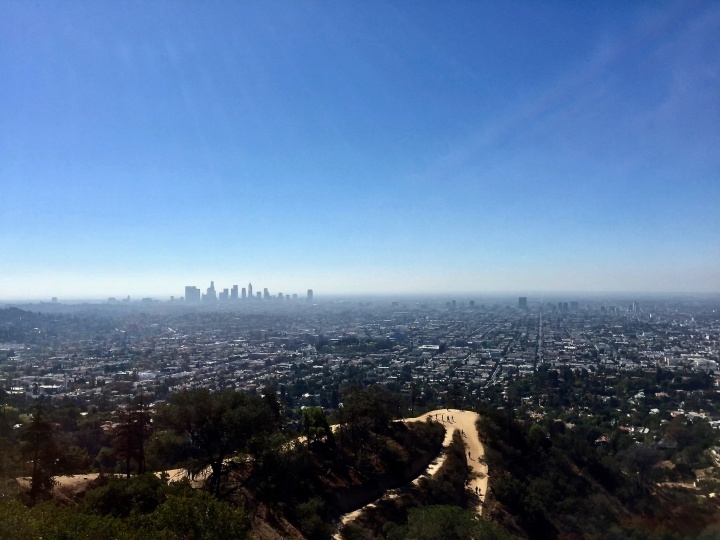 We drove back to the hotel via Beverly Hills and Rodeo Drive, where we wandered around the shops trying to compare the modern street to Pretty Woman!

In the afternoon, we just had time for a couple of hours lounging by the hotel pool, a well-deserved chill after a busy few weeks. That evening we ate in Nobu, the renowned Japanese fusion restaurant, in neighbouring Malibu. 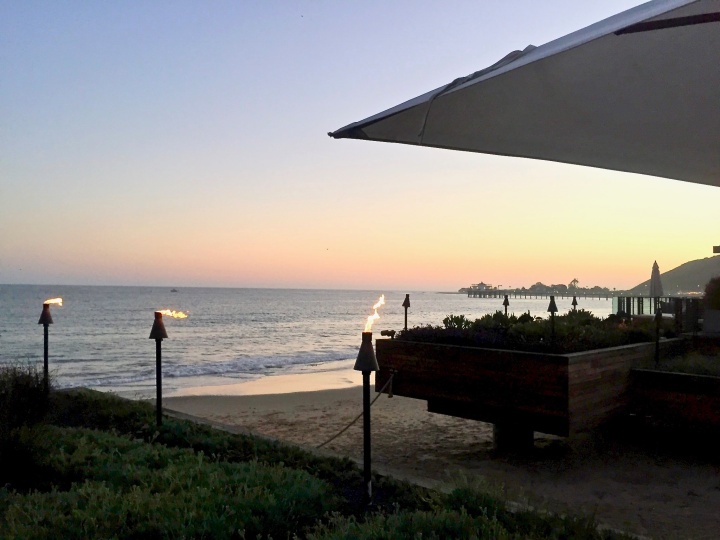 Set right on the beach front, Nobu was by far the most incredible food that we’ve ever tasted. It’s definitely a little pricey, but as a special honeymoon treat it was well worth it. Apparently it’s also a good place to spot a celebrity or two, although we didn’t bump into any while we were there. 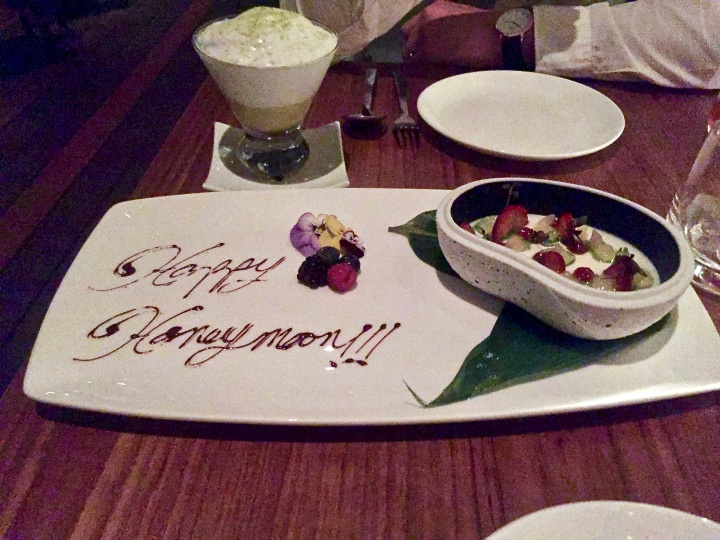 Day 3: We spent our final day exploring the nearby beaches and Santa Monica itself. We walked along Santa Monica Beach to see both Venice Beach and Muscle Beach. Although we’d been quite excited to visit these areas, we were slightly underwhelmed and didn’t quite know what to make of them. From reading other reviews since, I think we probably needed to venture off Venice Beach a little in order to see Venice properly, rather than only having the slightly weird experience of walking past all of the quirky stalls and shops which line the beach sidewalk. That being said, the beaches are big and beautiful, and there are definitely worse ways to spend a day.

Looking back, we wish that we’d spent more time exploring LA. At the time, I think we were experiencing travel fatigue by this point after doing so much driving and sightseeing over the previous two weeks, and we just couldn’t bring ourselves to spend full days rushing around sightseeing or being stuck in the awful LA traffic. It didn’t help that the Shangri-La’s pool was so enticing after a few hours of walking around in the California sun! 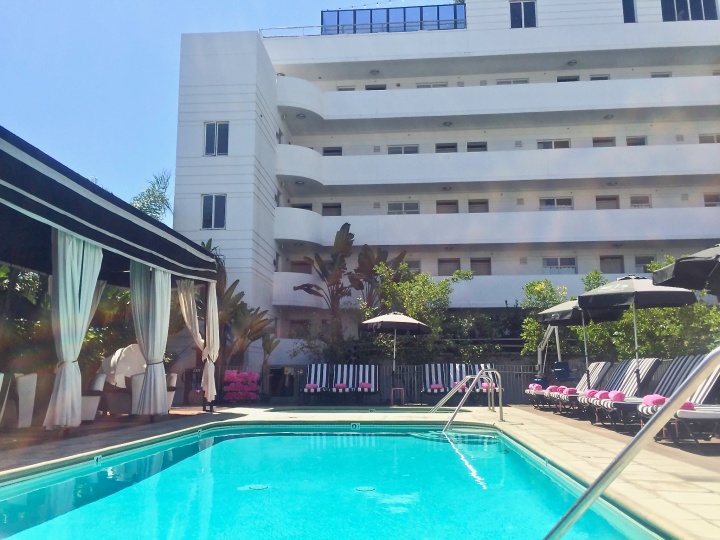 Santa Monica was one place where we really didn’t budget and did splash out a little bit (quite a lot really). When you’re not used to spending large amounts of money on things at home, you can end up feeling guilty when you do it while you’re away – or I certainly do. But it was our honeymoon, and we’d decided that we would try and do all of the things that we really wanted to do. It’s a rule that we always try to live by when we’re away (within reason of course), as we may only visit places once and we don’t want to come away with any regrets of missing things! We’d saved up so that we could make our honeymoon the trip of a lifetime and we were very lucky to have lots of generous family and friends who had given us money towards the trip as wedding presents. We made amazing memories that we will treasure forever, and at the end of the day, you only live once!