After three amazing weeks in California, Coronado Island was our final stop before journeying back to the UK. Coronado is a small island located just across the bay from downtown San Diego, with gorgeous beaches and charming streets. We treated ourselves to a few nights at the iconic Hotel Del Coronado to finish our honeymoon in style! 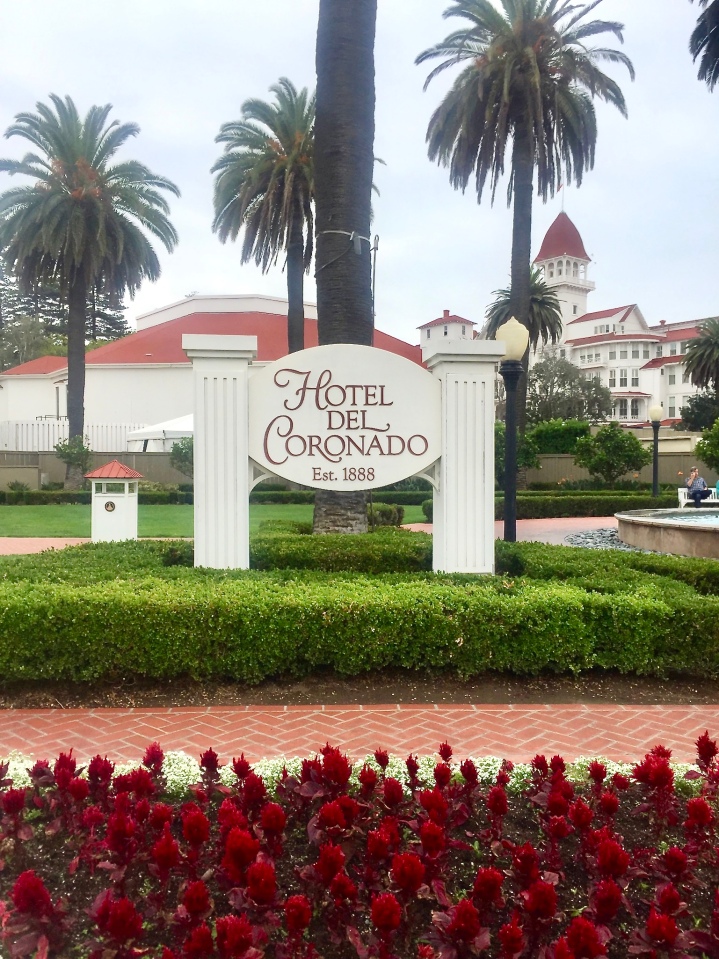 Hotel Del was a wonderful end to our honeymoon. Although rather grand, it has a lovely laid-back vibe to it. There are several great restaurants, including an outdoor pizza restaurant, where you eat surrounded by fire pits, and an amazing steak restaurant which we we ate in on our last night. It’s also a fantastic place to catch amazing sunsets!

The plan had been to spend the last few days of our honeymoon relaxing on the beach or by the pool, so we returned our rental car as we arrived in San Diego. Unfortunately, the weather had other plans and proceeded to rain for a large proportion of the time we were there! We spent the first afternoon visiting Top Gun filming locations, including taking a last minute detour off Highway 5 as we were driving down so that we could see ‘Charlie’s house’ (lost on anybody who hasn’t seen the film). We also visited Kansas City Barbeque, the bar where the iconic piano and duke box scenes were shot (Think ‘Goodness Gracious Great Balls of Fire’). The bar is obviously no longer exactly the same, but is filled with Top Gun memorabilia. If you are a fan of the film then I would definitely recommend a quick stop off for a drink. If you aren’t, then you may find it a little strange if you accidentally stumble across this place! 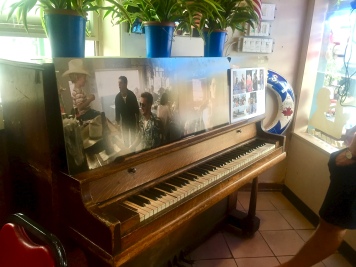 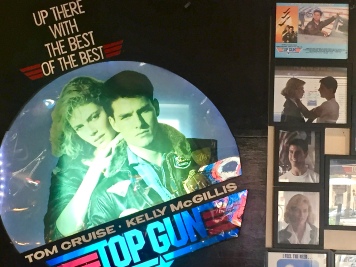 By the time we headed back to the hotel, the weather had taken a turn for the worse and we had to spend a couple of hours sheltering with a few drinks (which isn’t necessarily a bad thing). The sun finally made a reappearance for a beautiful sunset, so we headed out to the beach to enjoy. 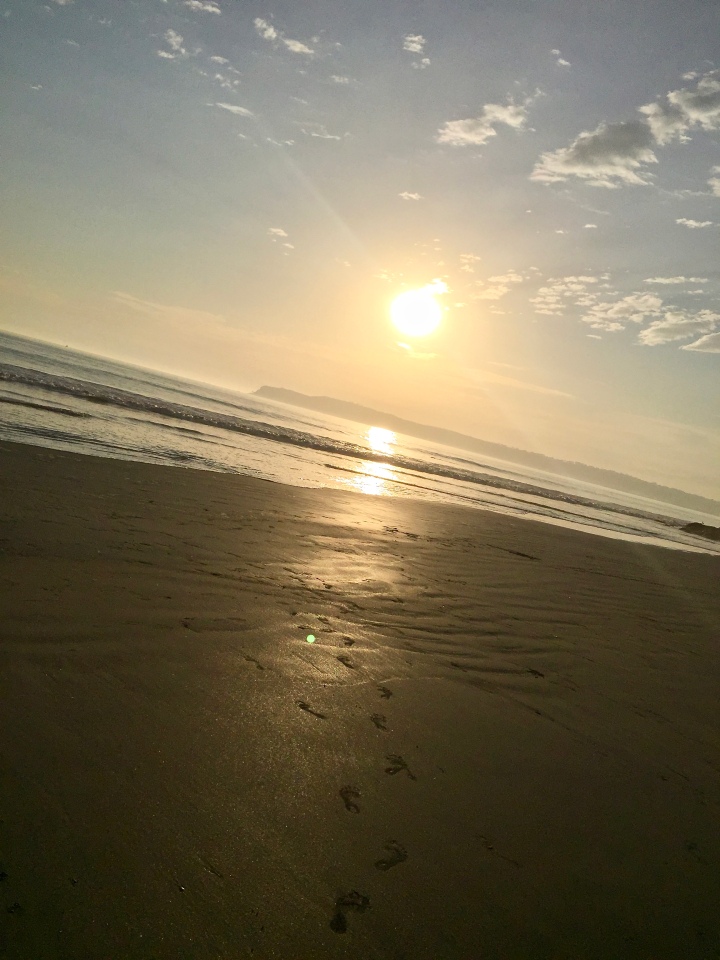 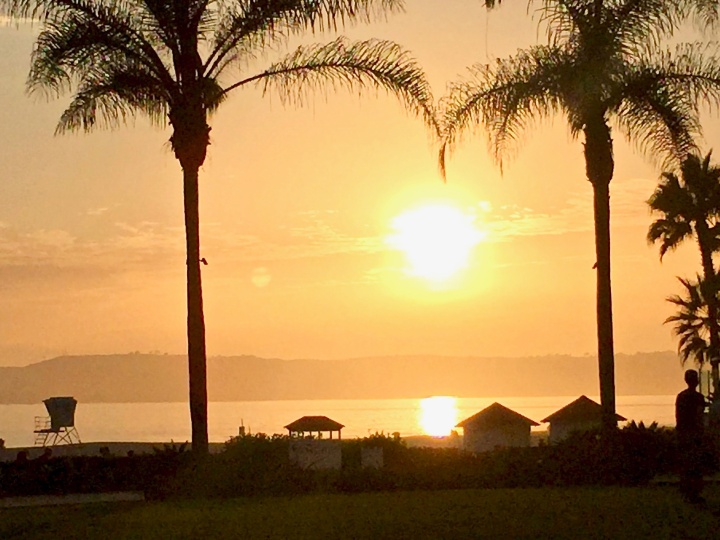 As we were a bit more limited without a car, the next couple of days were spent lying in the sun whenever it appeared and walking along the beach to have a nosy at the military airbase at one end, or strolling around picturesque Coronado. 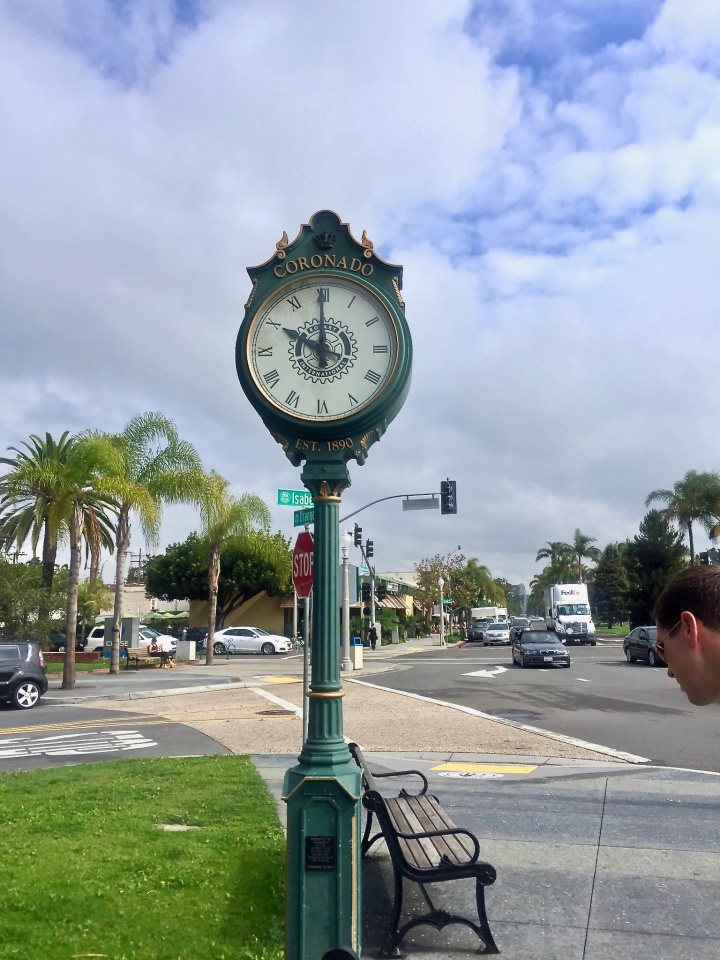 Coronado really is a beautiful place, and it’s clear to see the military influence on the island, with military flags etc. outside many of the houses. There are plenty of restaurants, bars, coffee shops and ice cream parlours to help you pass a few hours of wandering. Bruegger’s Bagels did a great selection of bagels (our favourite was bacon & egg on a maple syrup bagel) and Mootime did delicious ice cream. It was here that I realised how many more flavours there are in the US than the UK and discovered my love for birthday cake ice cream! The view of San Diego from Coronado is also worth seeing. 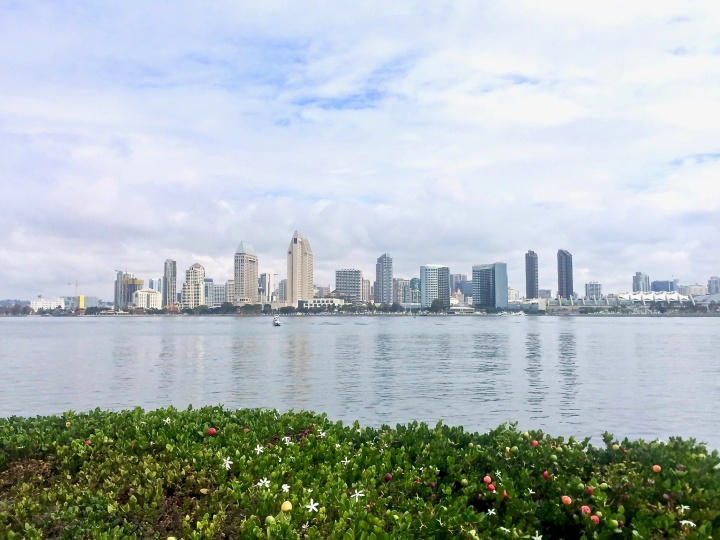 Our final day was the sunniest that we’d had since leaving Santa Monica. After a final morning of soaking up the sun, it was time to pack up our (many) bags and head to the airport. 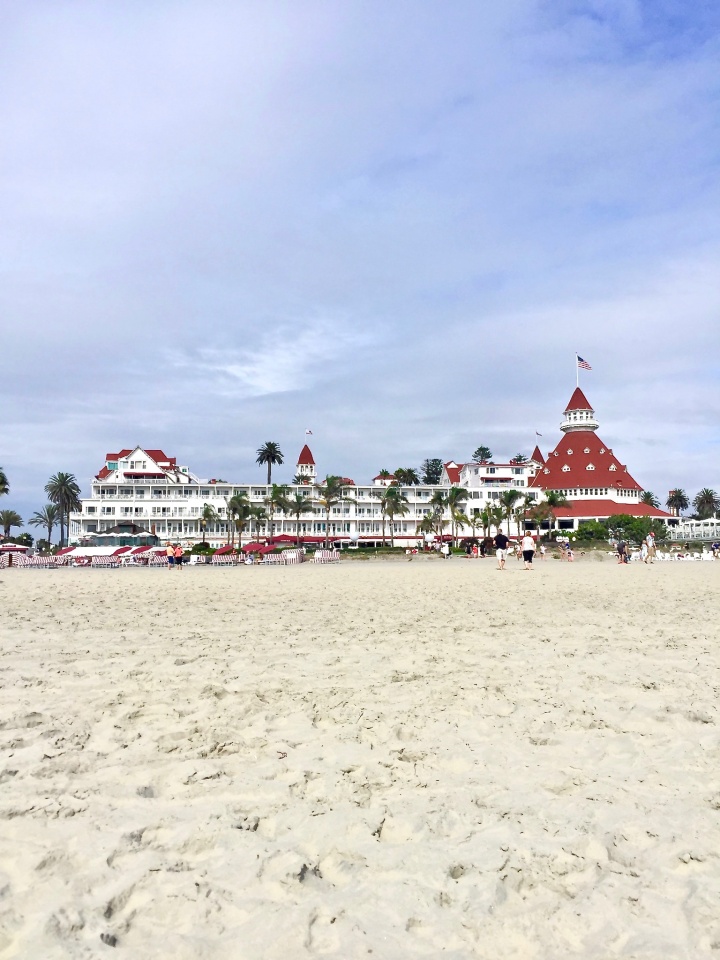 After three weeks in California, it was safe to say that we weren’t looking forward to heading home and being back to reality. It had been a busy few weeks, spent visiting San Francisco, Sonoma County, Yosemite National Park, Monterey, Big Sur, Santa Barbara, Santa Monica and finally San Diego. One of the things that I really learnt from this trip is how much I wanted to see more places around the world, and how much I actually enjoy planning trips, not just going on them! We saw so many amazing places, ate fantastic food and made memories which will last a lifetime. We left California feeling very lucky to have spent our honeymoon in such a wonderful part of the world. 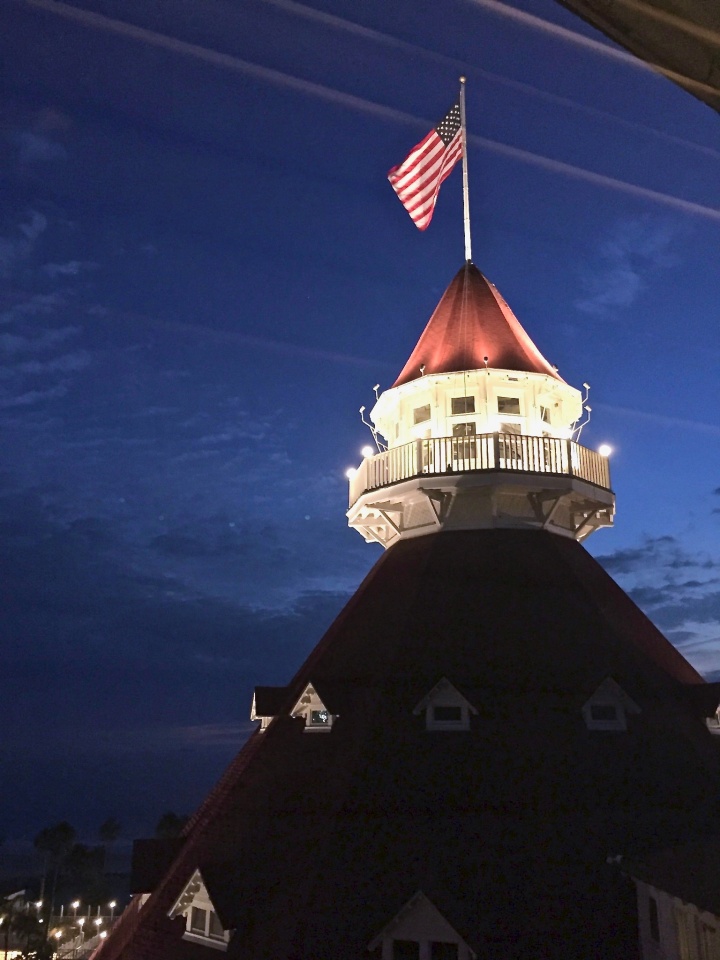